Due to a number of contradictory statements from President-elect Trump, the future state of trans-Atlantic relations remains uncertain. Case in point, with the current foreign policy prospectus, the Trump Administration threatens to abrogate from NATO commitments based on a “pay-to-play” or more appropriately a “pay-to-protect” policy. However, the weakening of trans-Atlantic partnerships or the withdrawing from NATO shortsightedly places both the United States and the European Union at a significant disadvantage in responding to global security issues like terrorism. To employ the vernacular of the President-elect, NATO remains a “great deal” and an even better investment – for Americans and for Europeans. By analyzing the history of NATO, a pattern of reliability, responsiveness, and relevancy emerges.

Following World War II, the Soviet Union and a trans-Atlantic partnership referred to as the West divided Europe. The Soviet Union encouraged communist, world revolution, and the West committed itself to the containment of communism. With neither super power willing to acquiesce, this led to the grim theme of mutually assured military destruction. Galvanized by the conflicting ideologies and the consequences of nuclear war, the West formed NATO to directly confront communism and totalitarianism – an attack on one NATO member would equate to an attack on all. For nearly seventy years, this product of trans-Atlantic collaboration and cooperation has continually proven reliable, responsive, and relevant.

Throughout the Cold War, NATO reliably fulfilled defense duties as no member nation was attacked by the Soviet Union. The strength of solidarity served as a meaningful deterrent. Furthermore, NATO demonstrated incredible responsiveness meeting the demands of different presidential administrations. In preparation for a potential Soviet invasion, the Eisenhower Administration expected NATO to prepare and deliver a massive retaliation – where as the Kennedy Administration articulated the need for a flexible response. Regardless of the policy, NATO fulfilled its responsibility through reliability (delivering security to member nations) and responsiveness (adjusting to the demands of security). Consequently, this Cold War treaty proved incredibly relevant in confronting communism and the Soviet Union.

With the fall of the Soviet Union, trans-Atlantic partnerships no longer needed to confront communism but totalitarianism. Without the binary of the Cold War, old differences began to resurface, and totalitarian regimes seized upon those ethnic divisions – particularly in the Balkans. Once again, NATO demonstrated the reliability of the trans-Atlantic partnership by intervening in the civil war in Bosnia-Herzegovina and the ethnic cleansing in Kosovo. NATO delivered security during an unstable time. While designed to thwart totalitarianism as part of the original context of the treaty, an excellent example of foresight by the founders, NATO now responded to the needs of non-member nation states. By increasing the sphere of influence to non-member nations, NATO proactively and productively ensured the security for all of Europe. While world leaders struggled to articulate post-Cold War doctrines, NATO intelligently and meaningfully blended tradition (confronting totalitarianism) with innovation (including non-member states). This adaptive quality allowed NATO to remain relevant in the post-Cold War era and brought a successful end to both Balkan conflicts.

In the aftermath of 9/11, NATO invoked the “collective defense clause” for the first and only time. A member nation was attacked, and the reliable NATO allies rallied to the defense of the United States. Furthermore, NATO adapted a responsive counter-terrorism policy and launched a relevant global counter-terrorism effort. NATO quickly modified its thinking of the world in terms of member and non-member nation states to terrorism and non-state organizations. Throughout this trans-Atlantic partnership, NATO successfully evolved with the changing times and circumstances of the geo-political climate. Over the past seven decades, NATO accomplished meaningful objectives that have thwarted communism, totalitarianism, and terrorism. Again, the cornerstones of reliability, responsiveness, and relevancy consistently appeared throughout the history of NATO.

At last month’s Körber-Stiftung Berlin Foreign Policy Forum, the German Minister of Foreign Affairs, Frank-Walter Steinmeier, stated that the United States would probably not withdraw from NATO. However, many Europeans articulated that this view may be too optimistic. More Europeans share the perspective illustrated on the cover of one of the latest editions of the German magazine Der Spiegel with the slogan “Das Ende Der Welt” – “The End of the World” – an image of President-elect Trump as an asteroid on a collision course for earth.

While the future state of trans-Atlantic relations remains unclear, the past trans-Atlantic partnerships overwhelmingly demonstrate the successes of collaboration and cooperation through vehicles like NATO. In terms of a “deal,” NATO presents the greatest return on investment for both the United States and the European Union. NATO continues to demonstrate reliability, responsiveness, and relevancy in the modern age. The future challenge of NATO is not ensuring all member nations pay the two percent GDP but to ensure that the model of trans-Atlantic partnerships extends to other nation states in this era of global terrorism. 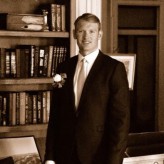 Derek Bell is a Cold War historian. As an undergraduate, he was a student-athlete at the University of Michigan, and he is currently a matriculating graduate student at San Diego State University.